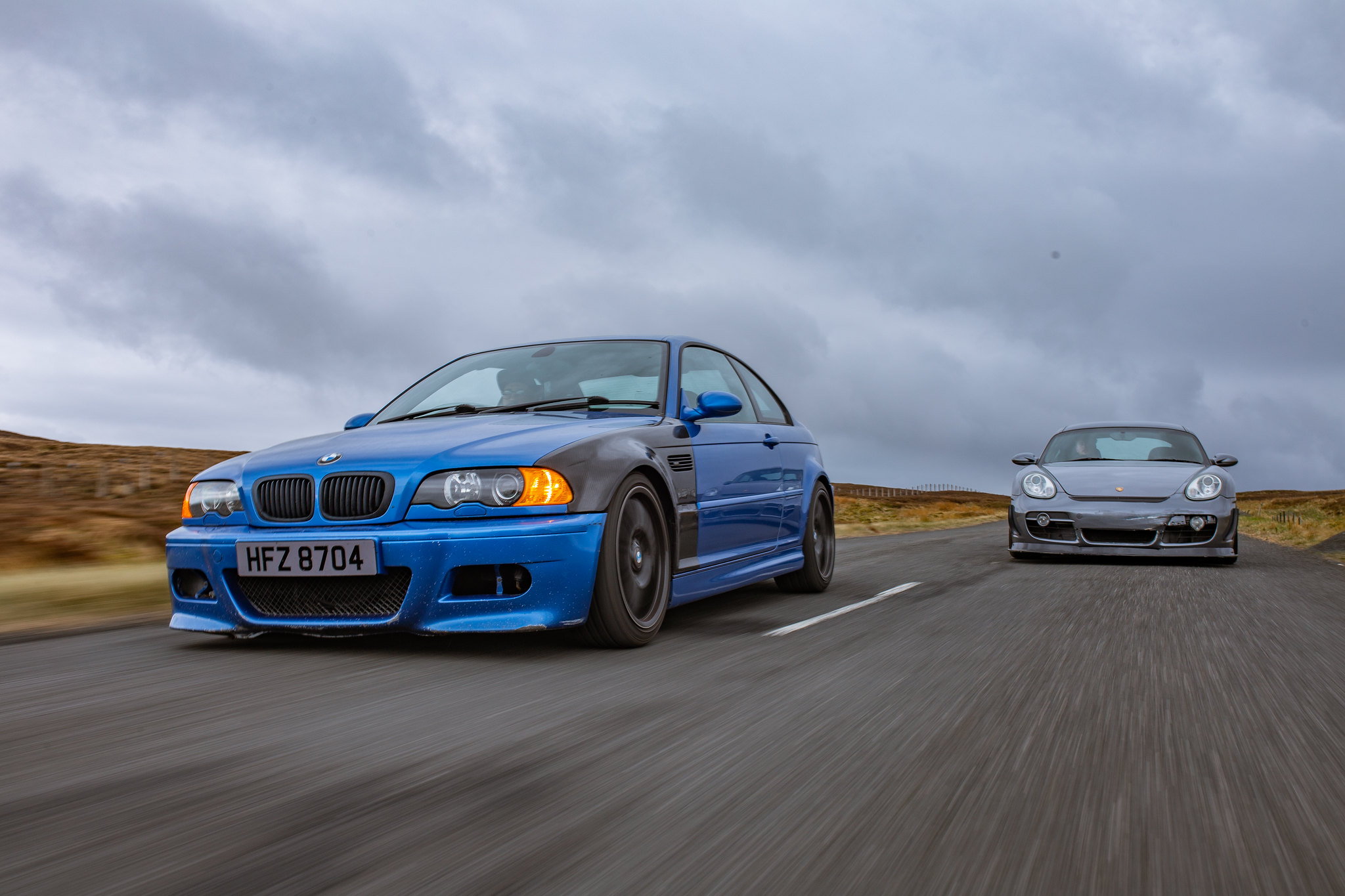 It’s the easiest thing in the world to fall out of love with a car. Falling in love is a close second, but the other sometimes lasts longer.

Anyone who has dedicated the time, stress & anxiety of piecing something together over a number of years will be able to relate to this story.

Anything can trigger a salty car mood. The obvious causes are time and money spent on the thing. But you signed up to those, you can’t really complain. Less obvious are the family obligations limiting car time and that horrible thing called work. Then there’s breakdowns, car gremlins and Nürburgring crashes. Okay, that last one might just be limited to me but the point remains.

Sometimes, all that’s really needed to rekindle your own love is to seeing someone else get completely lost again. Kam, the owner of this estoril blue M3 is that catalyst for me. Anyone who knows Kam will know how much he dislikes spending money, he’s almost allergic to it. But recently his M3 has been on the receiving end of the cash mallet. More than enough to turn the clock back on the years he’s left it rotting in ‘death corner’. Every time the key wakes up this waspy straight-six, it’s to initiate straight up reckless abuse. That’s the best thing about this car; it gets driven.

The two cars you’ll find here, are far from perfect (just like their owners). I could talk about smashed foglights, knocking diffs and warped rotors all day. I’d just really prefer not to, my fingers are still tingling. You see, myself and Kam have spent the last few years sporadically chasing each other up to the scottish border and back just for the fun of it. Cars don’t have to be perfect to use them. In chasing perfection you’re limiting your opportunity to rinse every ounce of enjoyment from them. Actually, some of the fun derives from having less of a fuck to give if something gets damaged or broken. Please see exhibit a) below:

From afar, you could label these the poor man’s Porsche and a chavvy M3 with bits missing. It’s true, both have had the life of a PD MK4 Golf, yet, under the skin, they each have the right parts in the right places. The M3 received a Wavetrac differential early on in Kam’s ownership after the stock diff just wouldn’t cut it. It’s recently sprouted a CAE shifter to rifle through the gears with precision. Meanwhile, the poor man’s Porsche is stopped by rich man’s brakes. No less than 997 GT3 to be exact. A fresh Hartech 3.4L also launches it forward after I launched the original engine’s crank into another dimension, oh, and it’s on Bilstein B16 coilovers too.

These cars are pure escapism, they exist to hit 7/8k and to be banged through the gears. They’re a sweet release from normal life, a theme park, counter reality. They’re driven hard and driven proper, if they die they die. Whether that’s at 5am on a Sunday morning before the world wakes up, or at 9pm on a Tuesday evening chasing the sunlight. What we drive is an extension of ourselves, and they should make us feel good – imperfections and all.

Blessed are the cracked, for they shall let the light in. Or whatever, I dunno, I’m drunk.

3 thoughts on “Imperfect: not perfect, faulty or incomplete”