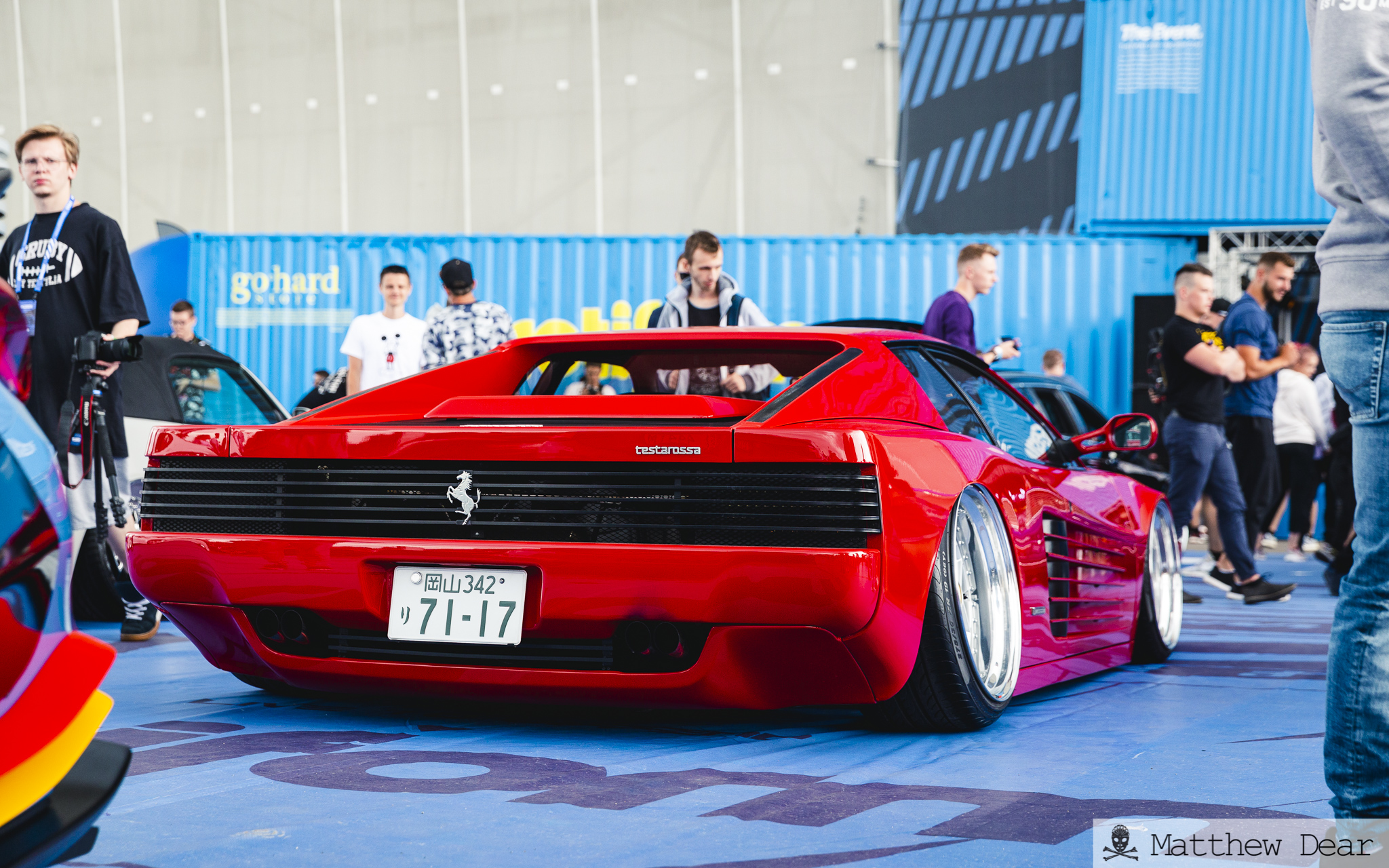 If someone asked if you liked Raceism your instant reaction would probably be “you what mate?”. Rightly so. Maybe followed by a headbutt. I’m here to say that I absolutely love Raceism. Spelled with an ‘e’. The key difference to denote that I mean the questionably named Polish Stance Event and not an outdated on society.

Now technically Raceism is the group of guys from Poland who run ‘The Event’, or as it’s being branded for 2020 – ‘#ULTRACE’ – but everyone calls it Raceism, for better or worse. With that out of the way, what the fuck am I actually talking about? A fair question.

Raceism The Event is what I would say is the premiere stance/drift show in Europe, a 3 day event held at Wroclaw Stadium in Poland. People travel from all over Europe and Russia to attend the show in their cars, with every single admission being hand picked to ensure every single car is of a certain quality, no small feat when there is 1000 cars on display. Style wise it leans towards a stance build but if it’s cool, it could be there. It’s not just a static show though, with some of the most wild grass roots drifting you’ll see this side of the pond, with the entire track set in the car park below the main show, meaning there’s plenty of chance to spectate from above.

I’ve been visiting the show for a few years, each year the team making changes and evolving the concept, this years aim was to push the boundaries even further. To get the best cars, the best drifting and the best stage entertainment. Admittedly I chose to head back in to town for cheap food, alcohol and an electric scooter than stay for the evening concert (pussy – Ryan) but as for the cars and drifting they definitely hit the mark. I hugely enjoy any show that has a variety of cars. I cut my teeth in the Ford scene, and naturally worked with Ford mags also, and trust me nothing is more boring than seeing a sea of the exact same car all in a line, something modern Ford boys seem to love. There’s none of that at this show. Of course all the usual suspects are here, including the usual cookie cutters, think your F series BMWs and the latest offerings from the Volkswagen Audi Group. But as you’d expect from a show pulling some of the best and most interesting cars all across Europe there was a huge showing of Euro cars, more forgotten through the passages of time. I’m not gonna list them here because frankly you’re better off just browsing through the gallery, I was there for three days, so maybe grab a cuppa first.

After wandering the entire loop outside the Stadium (an excellent way to arrange a show actually, no looping back on yourself) it was time to go find out what that smell in the air was. Surprisingly it wasn’t the Santa Pod special of special brew and skunk at 10am, but of tyres being given absolute hell non-stop by a paddock full of drifters more focused on having a good time with friends and putting on a show than how their valve springs and bodywork felt.

It’s no secret I love walking a pit area, poking around what repairs are being made, getting up close with the cars and owners and Raceism doesn’t disappoint in this regard. As with all drift events there’s the obligatory stack of wheels and tyres ready to go, with the majority running the must have drift wheel in Poland of a Vectra C steel banded and drilled out. Of course you can find the guys swapping tyres too, with the pile of shredded rubbers piling up more than the laundry pile of your average students.

The guys aren’t holding back, with the course being tight and technical, giving plenty of opportunity to tandem and a long straight to show off some big speed entries as you hurtle down the straight towards the crowd above. The concrete blocks certainly got a workout, taking no prisoners and happily smashing lights and bending suspension as people found the limit and kept their foot in well past it. Thats what it’s all about though right? Best way to learn is to fuck your car up in front of thousands of people, besides there was no shortage of hammers and crowbars to bend things back in place, and people to lend a hand. There was even guys with a welder, busy banishing the one wheel peels of stock diffs, of which there was plenty ready to go as one waved the white flag and said no more.

You might be able to tell but the drift area was my favourite part, no least because with media access you get right in to the eye of the storm, with a couple tyres on the ground and your reflexes all to protect you from getting punted by the rear quarter of an E36. Safe? Obviously not. Fun? Absofuckinglutely.

So, pretty decent sounding show right? Well that’s not all, Wroclaw is actually a nice city, with the old town having some half decent restaurants, cheap beer and even a bit of culture to offset the fact your clothes are now saturated with tyre smoke. Even the show itself has a wide range of good catering. First show I’ve been to where you don’t have to settle for a limp dicked burger for £8. I mean I had Dim Sum, gourmet burgers, tacos and burritos, and noodles.

Alright, I’m rambling at this point. I think all in, flights, accommodation, uber, food and drink, and about 5 hours on a scooter came to less than £300 for the 3 days. I’m a big fan of a weekend city break, this one just happened to have the best stance show in mainland Europe on at the same time.

Too lazy to read? Just check out Matt’s images below in gallery form: