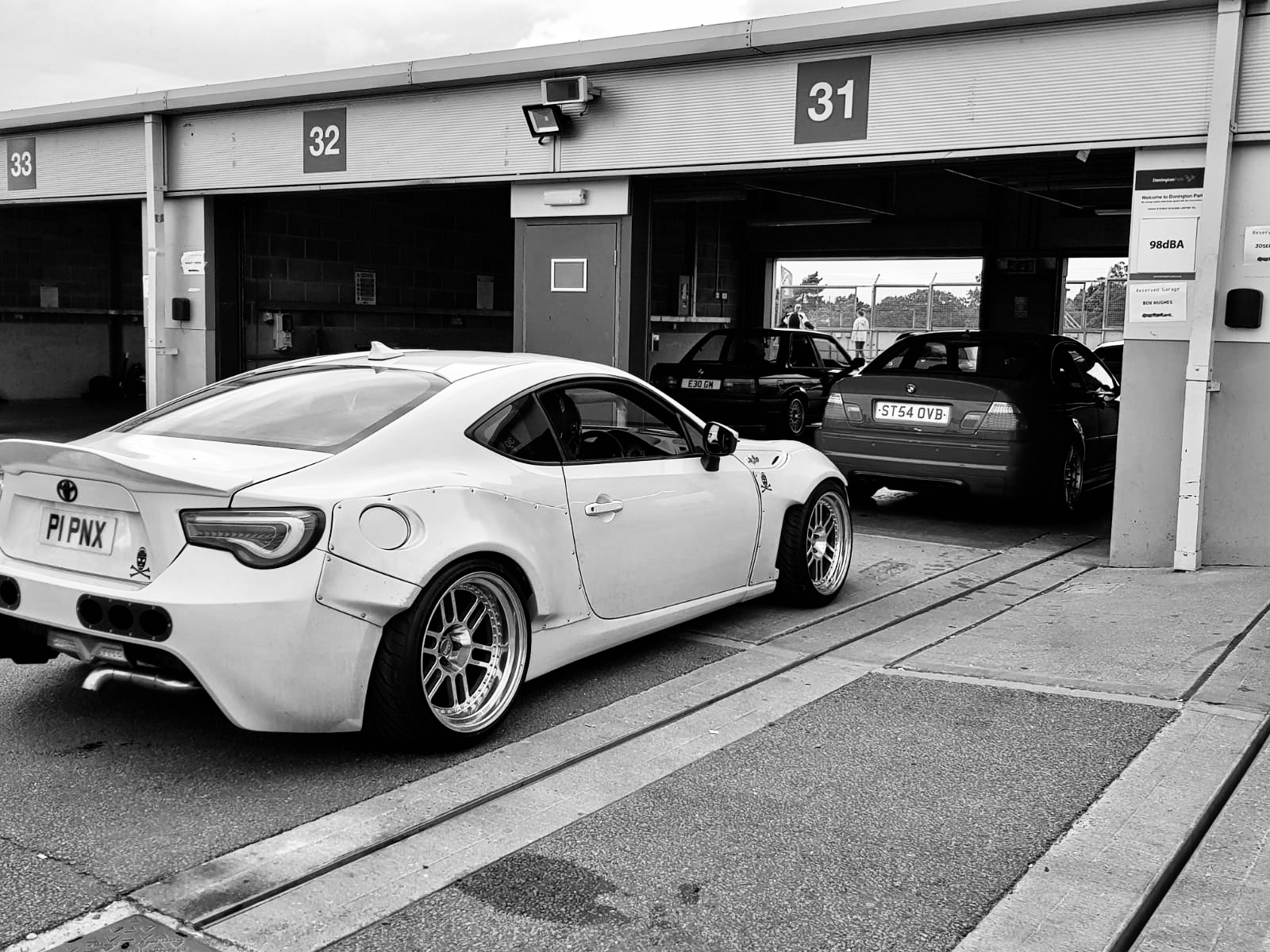 Would you travel two hours for someone you’d met online? Maybe if it was some ultra-hot girl but what about a load of weird geezers?

Still with us? Ok, what about four and a half hours in both stand-still motorway traffic and narrow country lanes, hearing your car scrape and bang along the way? Have you turned around and gone home yet? I thought about it.

As dull as it sounds, this journey starts in a quiet North London suburb on an early Monday afternoon (Mario’s posh – all). A red Volvo 850R pulls up rather loudly outside of my house and confusion occurs as I forgot that the owner, Sadaat Jasper-Mir , even owned an 850R. I was expecting a beige V60 to appear instead. This is a good development made even better by 400bhp and AP brakes, this Volvo does not mess about, especially with the one wheel peels.

I hastily grabbed my things and jumped into the BMW 740i. The weather was good, the windows were down and we end up where all high-performance (…ish) big bodies eventually do. The petrol station. Filled to the brim with V-Power and sparkling water (told you he was posh – all) we were ready to go. Better keep the fast lane clear people, the big boys were coming through.

Or at least that’s how it was supposed to go. We were expecting a good high speed German/Swede run through the UK’s Autobahn network, however a series of accidents along the M1 forced us to take country roads with just as much traffic. Here my impractically low 4.4 V8 suffered in both fuel economy and frame rail integrity. There were toilet breaks, snack breaks, cigarette breaks and breaks in willpower. I’d reached the murky depths of my Spotify playlists and heard songs which I’d forgotten had existed. It was a bad time.

In the end however, we followed our hearts and the sound of cars being ragged around a racetrack and like two wise men we reached the end of our long, tiring journey. There were even a couple of donkeys at the end.

Now the majority of you reading this will be GMST members such as myself, I’m sure, but for those of you not familiar with us allow me to explain. Imagine the Avengers, but about five times the size, five times the sarcasm and bad jokes, none of the talent, and it’s the end of the film yet we’ve done fuck all good and caused double the mess. We even have a Hulk (Hi Rob). Superpowers include: weird cars, regular breakdowns and acute internet anxiety.

Take Pip ‘Grip’ Hudson for example, who upon my arrival proceeded to tear and kick off the under tray on his Rocket Bunny Toyota GT86 because it was catching on his freshly built Image Split rims under hard cornering. In fact, Pip had put so much work into preparing his GT86 in the weeks leading up to the track day that it can’t go unmentioned. Pip, you the man, and your car needs a proper article.

Jono Davis, meanwhile, was underneath his BMW Z4 in the pit garages because his water pump had decided to no longer pump water after a couple of hot laps. The dedication to get it back on the road was immense and it paid off in the end, even if it didn’t see any more track time. Whilst I’d met a few of the guys previously, there were also new members to meet.

Ash Burrows was one of the members I’d not met yet. Not only is he a lovely human being, but he’s a connoisseur of LS powered BMWs and high end trainers. A big luxury lad and my type of guy. He did not disappoint, and neither did his car. Following a knock on a recent trip to the Nurburgring, the car underwent a series of upgrades to improve it further, because what’s the fun in simply repairing when you have the opportunity to improve?

We were even graced by the presence of some Garage Midnight OGs too, such as Mex (still the only person in the world who’s given name is cooler than his nickname) who immediately thrust his GoPro in my face on greeting and Mr GM himself, Ryan Stewart, who was taking his freshly stripped E30 out for laps. Good guy Ryan even handed over the keys to his partner Liv to hit the track too.

The peak of the action was seeing Pip overtake Ryan by deploying his very JDM EXTREME-ULTRA-SUPER-LATE-BRAKING technique and yeeting his GT86 into the first corner. It was the highlight of the evening without a doubt. A round of applause for Grip Hudson everybody, the man deserves it.

Ben Hughes was going lap after lap with precision in his BMW M235i which looks incredible both on and off the track. The composure it has around a circuit is more impressive when you consider how well it sits off it, and yet with a full interior and not being unnecessarily loud like some modified new-school BMWs, it seems like the perfect dual purpose daily/track car.

The track day itself was hectic. Excited drivers caused numerous incidents and stoppages throughout the session. Some dude in a Megane left the pit lane and found the gravel trap on turn one, which is an achievement. Another guy tripped up in the pit lane running to his car broke some fingers. Incredible scenes. Get that man some milk.

A surprise appearance by the FittedUK boys Alex ‘Koski’ Nowakowski and Giles Schofield led to a 100% increase in strong pornography, red cowboy boots and camera lenses that can spot a victim from two miles away. For a brief period there was a little comparing size and touching lens tips, as well as hip thrusting with the aforementioned lenses. James Cass, consider yourself cuckolded.

The stop and go session meant that before anyone knew it it had gotten dark and sadly the GMST had to disband for the evening. Being such a big, organised, well planned group (ahem) we definitely didn’t stand around for half an hour discussing what to do next. Curry was promised yet not delivered, a drunk man managed to literally drop a motorhome twice, a man wearing a Yamaha fleece rode a BMW S1000RR and everyone got hungry and left. Except for Mex, who used his Latino charm and last Pesos on an abandoned fuel pump which allowed him to get home. Or he used a debit card. Not sure on which.

A BMW/Volvo/VW convoy home interrupted only by a Burger King rounded off the night, where a wild Deepan Shah appeared out of the darkness as one final surprise of the night. He’d just dropped his E30 Turbo off for some work and took advantage of the road train for a lift home. It was a long day, but it’s always worth the effort to see old and meet new friends.

Schmeers guys, until the next one.